"Of all the conventions I have attended over the years, Bedford is way up there with the best"   Louise Jameson

"Bedford is a chilled, fun convention" 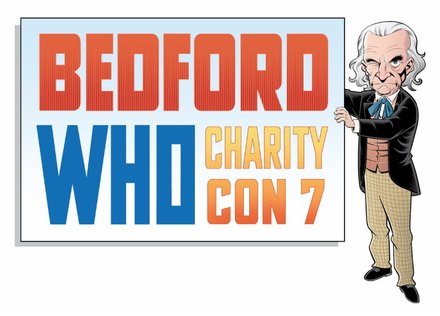 More guests will be announced as we book them.

For up to the minute news on guests, please visit our Facebook page (address above)

Colin was (and is) the Doctor on audio, radio, stage -- and on television from 1984 to 1986.  So, he has played the character in more media than any other actor!

Originally a Londoner, Colin and his family moved to Rochdale when he was little; he went to school in Manchester and then undertook legal training in London.  Deciding that the law was not for him, he enrolled in LAMDA, the London Academy of Music and Dramatic Art, at the age of 23.

Early television work includes the BBC’s epic production of War and Peace in 1972, where he starred alongside Anthony Hopkins.  Other major roles include Paul Merroney in The Brothers in the mid seventies, Bayban the Butcher in Blake’s 7, and The Citadel.

He was the special guest star in an episode of Star Trek Continues, the superb unofficial continuation of Star Trek’s original series.  If you haven’t seen it, you’re in for a treat.  You can find it here: https://www.youtube.com/watch?v=6PvgJI6cvh8

Colin was an enormously warm and witty guest at Bedford Who Charity Con 4; those who were there have fond memories of his sketch with the Dalek who planned to invade Bedfordshire, and his tour de force in singing “I’m from Gallifrey and I’m OK”.  (You can find both on our YouTube channel at https://www.youtube.com/channel/UCkbdFv3UKQC8jpFs3LvuI5Q).

We actually suspect Colin enjoys being with almost us as much we enjoy being with him, and it’s wonderful that he’s coming back.

An accomplished actor, singer, writer and presenter, Sophie has been a great supporter of Bedford Who Charity Cons; in fact, BWCC7 will be her fifth time with us.  She’s been hugely generous in agreeing to some of our dafter ideas and has never yet said no to appearing in our performances and sketches, variously appearing as:  herself (with the Scottish Falsetto Sock Puppet Theatre), Jo Grant, a Cockney policewoman, a rather shy Doctor Who fan, a psychiatrist, and as Ace (of course).  With Katy Manning, Sophie was a patron of

Not surprisingly, we can’t wait to welcome her back.

A Londoner, Sophie studied drama at the University of Manchester.  Four years later, she was cast as Ace at the end of Sylvester McCoy’s first season as the Doctor.  She continues to play the part for Big Finish.

Sophie has worked extensively in children’s programming as a presenter and as a voice artist: she is, in fact, the authentic voice of Dennis the Menace (and of Tree Fu Tom).  Her first novel, Doctor Who: At Childhood’s End, was published in 2020.

Terry was one of the guests at our very first convention in 2015.

In fact, Terry’s an ardent supporter of two rather different fan communities (though there is some overlap): Doctor Who fans know him as Davros, and The Archers fan know him as Mike Tucker*, the Milkman from Hell.  He first played Mike in 1973, initially for five weeks. Almost fifty years later, Terry is still playing him.  This makes Terry one of the longest-serving soap opera actors in the world.

award-winning special effects designer, who does not deliver milk in Ambridge.  So far as we know.)

Terry particularly enjoys radio and audio work, commenting, “It’s the media where I think the actor has got the most control over the finished product. And it doesn’t matter what you look like.”  An enormously versatile voice actor, Terry’s Spotlight profile lists his accents as including American, Australian, Birmingham, Cockney, East Anglian, French, Geordie, German, Liverpool, Manchester, Norfolk, Scottish, South African, Welsh, West Country and Yorkshire.

It was partly this talent for voices which led director Matthew Robinson to cast Terry as Davros for Resurrection of the Daleks in 1983.  Terry was Davros for the rest of the classic series and continues to play him for Big Finish, notably in the superb four parter I, Davros (do get it if you haven't heard it yet).  He was also Russell in Attack of the Cybermen.

It’s good to have him back.

Roger was with us for Bedford Who Charity Con 6 in October; he spoke fondly of his work in designing Doctor Who.  We then ran out of time and weren’t able to hear everything he’d prepared for us, so we’re delighted he’s agreed to come back and tell us the rest of the story.

Roger is one of the most highly acclaimed of all the Doctor Who designers; indeed, his work – particularly his designs for Gallifrey – continues to influence the programme to this day.  He was responsible for the look of some of the best-loved stories in the programme’s history.

Roger worked on The Ark in Space, The Sontaran Experiment, Revenge of the Cybermen, The Seeds of Doom, The Deadly Assassin, and The Talons of Weng-Chiang.  Roger was also the lead designer for the original series of Blake’s 7; he came up with the distinctive look for the Liberator, both for the model and the interior sets. 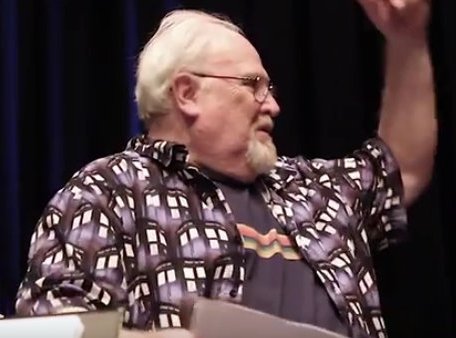 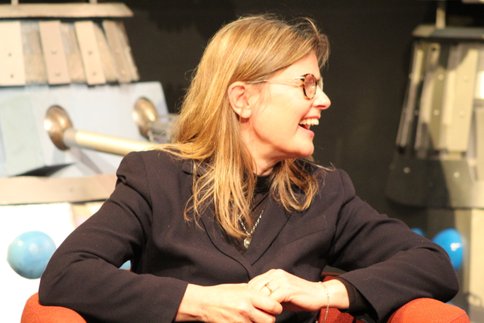 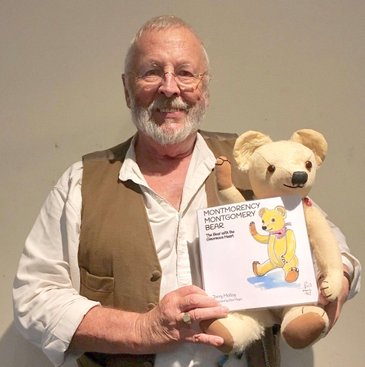 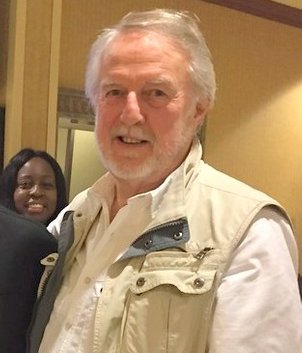